Obama's Job Numbers, You decide who is telling the truth! 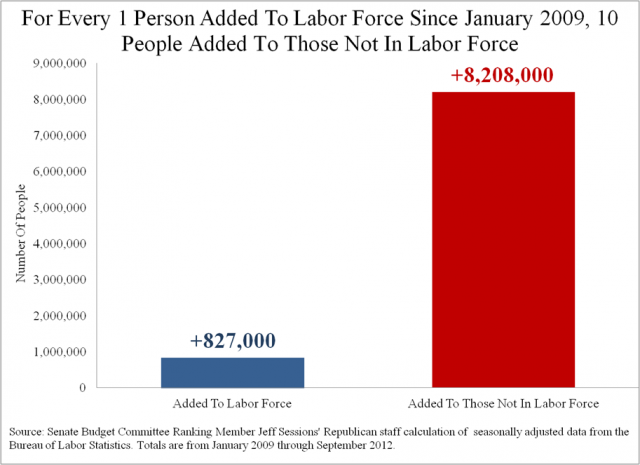 And the minority side of the Senate Budget Committee concludes, "These figures reveal several troubling trends: That the jobs market is not keeping pace with U.S. population growth; that not enough younger Americans are joining the labor force to account for retirement among an ageing population; and that a large number of workers have become so discouraged that they simply stopped looking for work and left the labor force entirely. These factors pose serious fiscal challenges for the United States. A historically low labor force participation rate—together with an ageing population and a record number of people drawing federal welfare benefits—puts severe strain on the federal budget in both the near and long term."
Posted by Willie P at 4:56 PM

Email ThisBlogThis!Share to TwitterShare to FacebookShare to Pinterest
Labels: A. Thinker, Fixing Government, In case you missed this in the IFM, Politics, Reality