Now when I saw this headline I began to think Wow, maybe there is hope that the conservatives can beat this guy.  But just when you get your hopes up and read the article, you find that the donor, Ms. Susie Tompkins Buell,  is abandoning him, not because Obama's views are too liberal and wacky but because his views are not liberal and wacky enough!

You gotta really worry about these folks!  I mean seriously Ms. Buell, in the past 10 years,  has given $25 million to progressive political and charitable causes and has raised $10 million for candidates and committees and apparently really loves Obama, but even though he did shut down the Keystone Pipeline Project, he didn't do it in a loud enough and egregious enough way to appease the nuttiest of the nut cases in San Francisco.  Go figure!

But someone remind me how another Pipeline is going to be an ecological disaster by pointing out where the Keystone Pipeline would fall within the vast pipeline system of non-leaking, non-volital pipelines shown below. 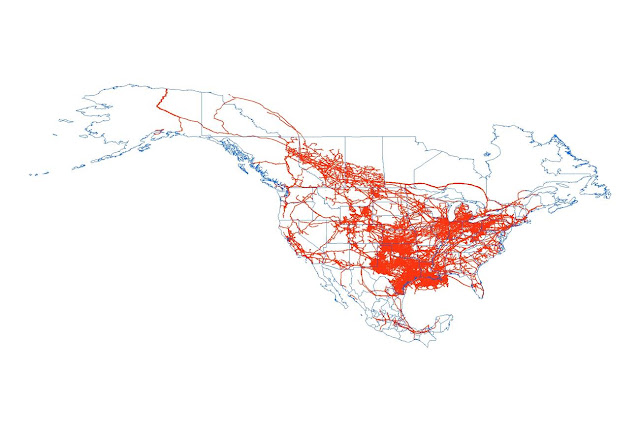 Email ThisBlogThis!Share to TwitterShare to FacebookShare to Pinterest
Labels: Are You Kidding Me?, Politics, Willie P