What a Great Graduation Speech!


I don't think this was actually articulated as a speech at a university, but it should have been!

Attention graduates: Tone down your egos, shape up your minds.

Dear Class of 2012:
Allow me to be the first one not to congratulate you. Through exertions that—let's be honest—were probably less than heroic, most of you have spent the last few years getting inflated grades in useless subjects in order to obtain a debased degree. Now you're entering a lousy economy, courtesy of the very president whom you, as freshmen, voted for with such enthusiasm. Please spare us the self-pity about how tough it is to look for a job while living with your parents. They're the ones who spent a fortune on your education only to get you back— return-to-sender, forwarding address unknown.
No doubt some of you have overcome real hardships or taken real degrees. A couple of years ago I hired a summer intern from West Point. She came to the office directly from weeks of field exercises in which she kept a bulletproof vest on at all times, even while sleeping. She writes brilliantly and is as self-effacing as she is accomplished. Now she's in Afghanistan fighting the Taliban.
If you're like that intern, please feel free to feel sorry for yourself. Just remember she doesn't.
Unfortunately, dear graduates, chances are you're nothing like her. And since you're no longer children, at least officially, it's time someone tells you the facts of life. The other facts.
Fact One is that, in our "knowledge-based" economy, knowledge counts. Yet here you are, probably the least knowledgeable graduating class in history.
A few months ago, I interviewed a young man with an astonishingly high GPA from an Ivy League university and aspirations to write about Middle East politics. We got on the subject of the Suez Crisis of 1956. He was vaguely familiar with it. But he didn't know who was president of the United States in 1956. And he didn't know who succeeded that president.
Pop quiz, Class of '12: Do you?
Many of you have been reared on the cliché that the purpose of education isn't to stuff your head with facts but to teach you how to think. Wrong. I routinely interview college students, mostly from top schools, and I notice that their brains are like old maps, with lots of blank spaces for the uncharted terrain. It's not that they lack for motivation or IQ. It's that they can't connect the dots when they don't know where the dots are in the first place. 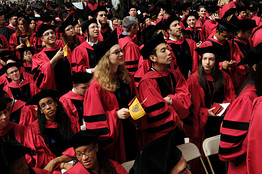 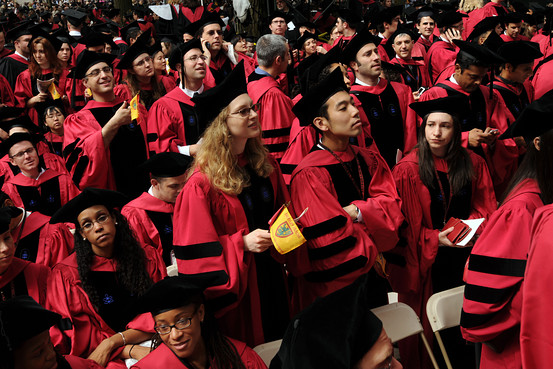 Getty Images
Now to Fact Two: Your competition is global. Shape up. Don't end your days like a man I met a few weeks ago in Florida, complaining that Richard Nixon had caused his New York City business to fail by opening up China.
In places like Ireland, France, India and Spain, your most talented and ambitious peers are graduating into economies even more depressed than America's. Unlike you, they probably speak several languages. They may also have a degree in a hard science or engineering—skills that transfer easily to the more remunerative jobs in investment banks or global consultancies.
I know a lot of people like this from my neighborhood in New York City, and it's a good thing they're so well-mannered because otherwise they'd be eating our lunch. But if things continue as they are, they might soon be eating yours.
Which reminds me of Fact Three: Your prospective employers can smell BS from miles away. And most of you don't even know how badly you stink.
When did puffery become the American way? Probably around the time Norman Mailer came out with "Advertisements for Myself." But at least that was in the service of provoking an establishment that liked to cultivate an ideal of emotional restraint and public reserve.
To read through your CVs, dear graduates, is to be assaulted by endless Advertisements for Myself. Here you are, 21 or 22 years old, claiming to have accomplished feats in past summer internships or at your school newspaper that would be hard to credit in a biography of Walter Lippmann or Ernie Pyle.
If you're not too bright, you may think this kind of nonsense goes undetected; if you're a little brighter, you probably figure everyone does it so you must as well.
But the best of you don't do this kind of thing at all. You have an innate sense of modesty. You're confident that your résumé needs no embellishment. You understand that less is more.
In other words, you're probably capable of thinking for yourself. And here's Fact Four: There will always be a market for people who can do that.
In every generation there's a strong tendency for everyone to think like everyone else. But your generation has an especially bad case, because your mass conformism is masked by the appearance of mass nonconformism. It's a point I learned from my West Point intern, when I asked her what it was like to lead such a uniformed existence.
Her answer stayed with me: Wearing a uniform, she said, helped her figure out what it was that really distinguished her as an individual.
Now she's a second lieutenant, leading a life of meaning and honor, figuring out how to Think Different for the sake of a cause that counts. Not many of you will be able to follow in her precise footsteps, nor do you need to do so. But if you can just manage to tone down your egos, shape up your minds, and think unfashionable thoughts, you just might be able to do something worthy with your lives. And even get a job. Good luck!
Write to bstephens@wsj.com
Posted by Willie P at 7:41 PM