This Memorial Day, the President with the most disdain for the military I have ever seen in my 60 + years is now, because it is an election year and his poll numbers are in the toilet, out acting like he cares!

Obama is quoted in USA Today Online with this line, "But on Memorial Day," he added, "we come together as Americans to let these families and veterans know that they are not alone. We give thanks for those who sacrificed everything so that we could be free. And we commit ourselves to upholding the ideals for which so many patriots have fought and died."   To which I can only add the now infamous words of Congressman Joe Wilson, YOU LIE! 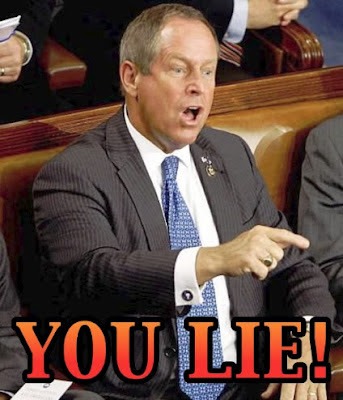 From where I sit in the world here in flyover country, Joe was right!  Isn't this the President who: 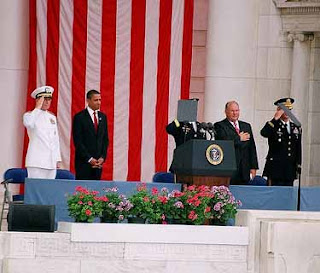 I believe that President Obama is a disgrace to America and its fallen heroes and is nothing but a pandering politician trying to act like he cares.

But that's just me.  Just vote carefully and appropriately in November, remember the future of America depends on you!

Email ThisBlogThis!Share to TwitterShare to FacebookShare to Pinterest
Labels: Are You Kidding Me?, Our Dictator, Patriotic, Willie P